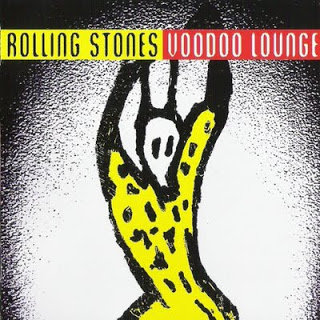 You got me rocking.
Advertisement:

Voodoo Lounge is the twentieth studio album (twenty-second American album) by The Rolling Stones, released in 1994. It is their first album without long-time bassist Bill Wyman, who chose to leave the band at the start of the previous year. It is also their first album with his replacement Darryl Jones, although Jones is not an official member of The Rolling Stones. Also, it's their first album produced by Don Was, who would become their regular producer. Was gave this album a retro sound, which pleased critics and the fan-base, but not Mick Jagger.

Upon release, it was a major success and hit number one in the UK (the first time since Emotional Rescue in 1980), and number two in the US. Hits and fan favourites include "Love Is Strong", "You Got Me Rocking" (a late-period Stones concert staple), "Sparks Will Fly" and "Out Of Tears".

You Got Me Troping: