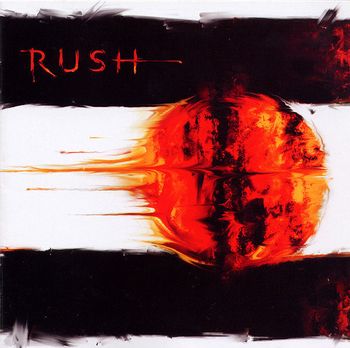 Vapor Trails is the 2002 comeback studio album by Rush, marking the return of the band and their drummer Neil Peart after the tragedies in his life.note After the Test for Echo tour, he lost his only child suddenly in a one-car accident as she drove to college, and then, he lost his wife ten months later from cancer. He then decided to travel all around North America on his motorcycle to mourn and reflect. With lyrics talking about the aforementioned tragedies and 9//11, this is easily the darkest album the band has ever done. The tour for this album was documented in the Rush in Rio concert film.

While it had the hit single “One Little Victory” and was praised for the heavier sound, it was a major victim of the Loudness War, being one of the first examples brought into the mainstream's eye. A much improved version of the album came out in 2013, under the title Vapor Trails Remixed.

The Tropes Look Down