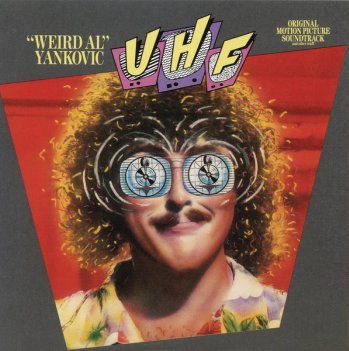 "We got it all on UHF!"
UHF — Original Motion Picture Soundtrack and Other Stuff is the sixth studio album by "Weird Al" Yankovic, released in 1989. It features songs and some audio snippets from Al's Cult Classic film UHF. And other stuff.
Advertisement:

It was Al's last album to be produced by Rick Derringer. All of his albums since have been self-produced.

We trope it all on UHF.