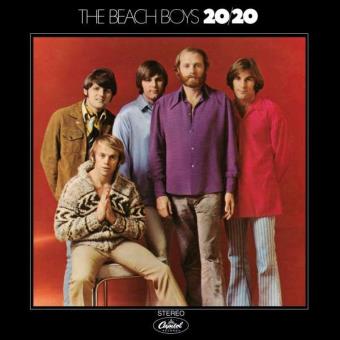 I Can Hear Music!
Advertisement:

20/20 is the fifteenth studio album by The Beach Boys, released in 1969. It is their final studio album released with Capitol Records until Still Cruisin' in 1989. This album is not only a showcase for the growing song-writing talents of Dennis Wilson, but it also features their first Bruce Johnston solo composition with the band.

Upon release, this album was critically well-received, although it was criticised for lack of cohesion in the track listing due to the strong Genre Roulette. Commercially, the album was a much bigger success than Friends in both the UK and US, and would spawn the hits and fan favorites "Do It Again", "I Can Hear Music", "Cottonfields", and "Bluebirds Over The Mountain". The album also features important out-takes from SMiLE.

Sadly the album is a bit Overshadowed by Controversy, due to the fact that notorious criminal Charles Manson wrote most of "Never Learn Not To Love". Had this album been released after the Tate/LaBianca murders, that song would most likely never be released.