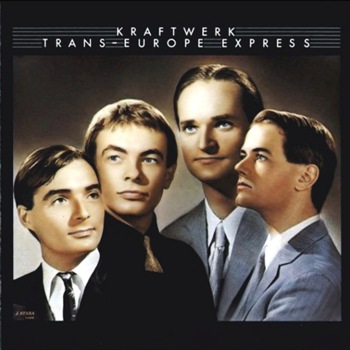 "From Station to Station, back to Düsseldorf City/Meet Iggy Pop and David Bowie..."
Click here to see the original German album cover 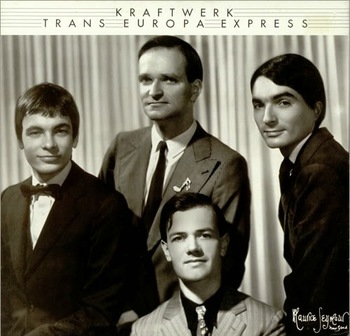 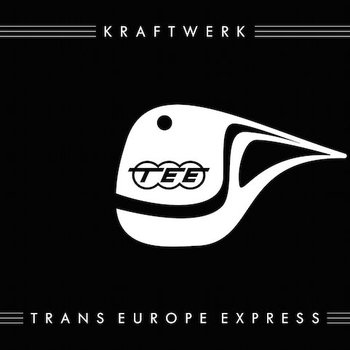 Trans-Europe Express is the sixth studio album by Kraftwerk and was released in 1977. Widely considered to be one of the band's best and most groundbreaking records in the history of pop music (and Electronic Music in particular).

The Hall of Tropes: