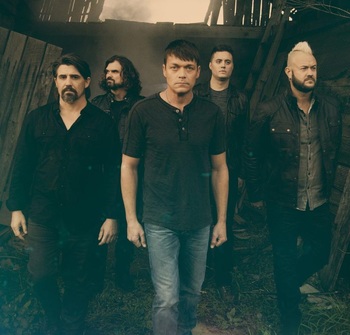 3 Doors Down are an American rock band from Escatawpa, Mississippi, who blasted their way onto the music scene with their debut album, The Better Life, featuring the hit single "Kryptonite".

The band formed in 1996 and has continued making quality rock ever since. Many fans and critics have noted that 3 Doors Down manages to make music that's gritty and emotional without falling into the trap of Wangst, and their greatest hits have become anthems for millions of people.