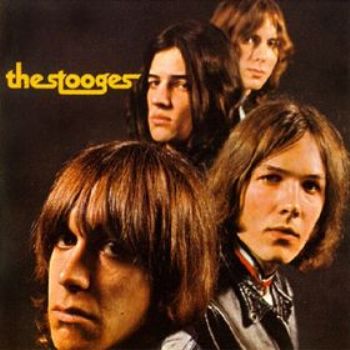 Very much fun to be around!

The Stooges is the debut studio album by The Stooges, released in 1969. It is best known for hits such as "1969", "I Wanna Be Your Dog" and "No Fun". This album was produced by John Cale, formerly of Velvet Underground.

Back then it was way ahead of its time and therefore not particularly well received by audiences and critics. As a New Sound Album it was a predecessor of Punk Rock, eight years before the genre became commonplace. Since then it has been Vindicated by History. The album was listed at nr. #90 in Rolling Stone's 500 Greatest Albums Of All Time.

Now, I Wanna Be Your Tropes!