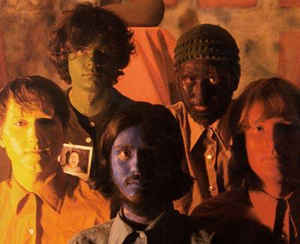 The Olivia Tremor Control is an indie rock band associated with the Elephant 6 Collective, a group of bands which also includes Of Montreal, Neutral Milk Hotel, and The Apples In Stereo. The band was founded in 1992 by singer/songwriter/guitarists Bill Doss and Will Cullen Hart, as well as future NMH frontman Jeff Mangum. After releasing 2 albums plus a handful of EPs and singles, the Control disbanded in early 2000. They reunited in 2009, and re-entered the studio in preparation for a third album, but Bill Doss died unexpectedly in 2012, leaving the future of that album in doubt..