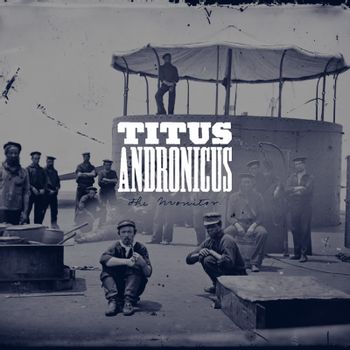 You'll always be a loser.
Advertisement:

The Monitor is the second studio album by American Punk Rock band Titus Andronicus that was released on the 9th of March, 2010. As both the cover and the title allude to, The Monitor revolves around themes from the American Civil War and modern-day New Jersey. The album's release date, the 9th of March, is also the anniversary of the Battle of Hampton Roads, a naval battle between the USS Monitor and the CSS Virginia. Along with this are references to Billy Bragg and Bruce Springsteen, the latter also a New Jersey native who hated the place.

Featuring the band as well as an extensive list of guest musicians, The Monitor received rave reviews from critics for its lyricism and songwriting. It topped many lists for "Best Album of 2010", and is still widely praised to this day.

At the end of these tropes: