Music / The Men They Couldn't Hang 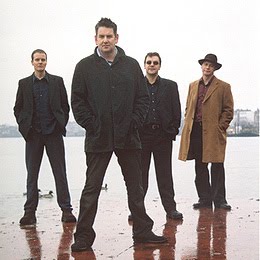 The Men They Couldn't Hang are a British folk band. Their first release was a cover of Eric Bogle's "Green Fields of France" in 1984, followed the next year by their first record "Night of a Thousand Candles". After releasing "How Green is the Valley" in 1986, the group achieved notability in Europe with their 1987 album "Waiting for Bonaparte", featuring popular songs "The Colours" and "The Crest".