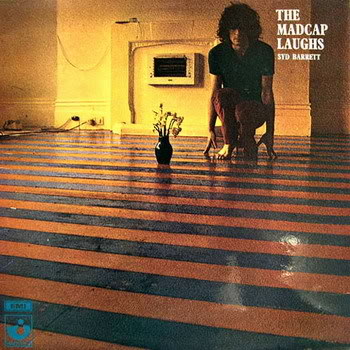 The Madcap Laughs is the debut studio album by Syd Barrett, released on Harvest Records in 1970. Recording commenced immediately after Barrett's departure from Pink Floyd in 1968, lasting for well over a year. Apart from Barrett, the album went through four different producers: Peter Jenner (Barrett's manager) for the 1968 sessions, Harvest label head Malcolm Jones for the early-to-mid 1969 sessions and former band-mates Roger Waters and David Gilmour for the mid-1969 sessions. Gilmour also played bass, guitar and (on "Octopus") drums.

The Troubled Production behind the album was colourful enough that an entire book has been written about it: "The Making Of The Madcap Laughs" (2003) by Malcolm Jones. Barrett's mental problems were so bad that he had to persuaded at times to work on his own album. His musicians would ask him questions to which he gave little to no helpful responses. As a result the recordings crept on for over a year. Barrett also didn't allow the musicians to rehearse or re-record their overdubs, which explains why a lot of tracks sound improvised, full of amateurish mistakes and moments where Barrett is out of tune. But there is an overall charm to the innocent fantasies he describes in his lyrics and the absence of too much Executive Meddling gives the music actually a genuine authenticity and spontaneity lacking in many other Psychedelic Rock recordings of the time.

Still, upon release, this album was a modest commercial success, enough for a second solo album (Barrett) to be recorded and released. Critically it was relatively well-received, and like Barrett has a strong cult following. It is seen as one of the earliest Outsider Music albums.