Music / The Cure (Band)
aka: The Cure 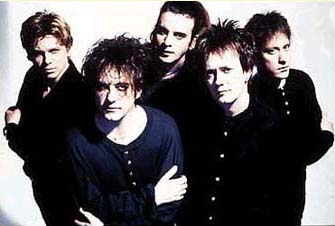 Despite their Goth Rock tag, they've also written pop songs, and dabbled in so many genres they're arguably close to eclectic territory.

Many bands like Jane's Addiction, The Smashing Pumpkins, My Chemical Romance, Deftones and Pale Waves cite them as an inspiration.