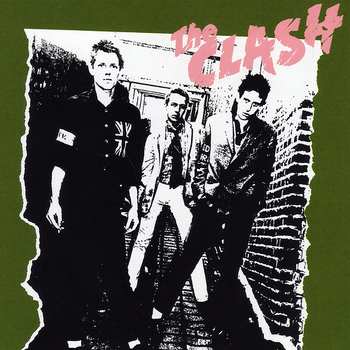 "You better leave town if you only want to knock us/Nothing stands the pressure of the Clash City Rockers!"
Advertisement:

The Clash is the self-titled debut album by The Clash, released on April 8, 1977, in the U.K., and July 26, 1979, in the U.S. The album is best known for the songs "White Riot" and "Remote Control", as well as singles added to the U.S. edition, such as "Complete Control", "Clash City Rockers", "(White Man) In Hammersmith Palais", and "I Fought the Law". It was released to plenty of commercial success; it got to #13 on the British charts upon release, and for a while was the best-selling import to the United States until its 1979 release, having sold 100,000 copies during that time.

Trope riot, I wanna riot, trope riot, a riot of my own!