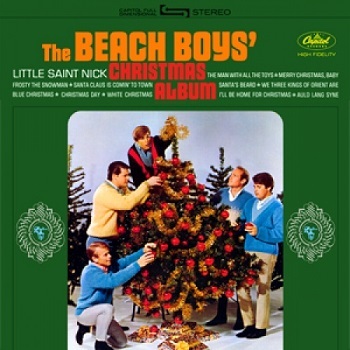 It's the tree with all the Boys.

The Beach Boys' Christmas Album is the seventh studio album by The Beach Boys, released in 1964. A Christmas album, it features five original songs written by Brian Wilson and (with the first three) Mike Love, and the rest of the album consists of covers. The first half of the album consists of up-tempo Christmas-themed rock songs that appealed to younger audiences in 1964, while the second half consisted of more traditional Christmas songs, complete with orchestra. The album was created in response to Phil Spector's A Christmas Gift for You from Philles Records from 1963.

Since its release, this album has gone on to become one of the most successful Christmas albums of all time, and several of its songs have become seasonal staples.