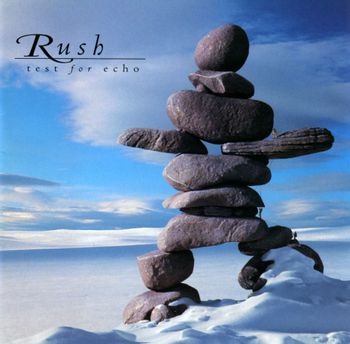 Test for Echo is the sixteenth studio album by Rush, released in 1996. The last album produced by Peter Collins, it marked the return of a more complex and progressive sound. It was also the last album that would be released by the band for 6 years, due to the personal tragedies in Neil Peart's life.

Fan and critic reception was mixed to negative, with the consensus being that while there were a few good songs, the album for the most part sounded very uninspired and that Rush was "on autopilot" for this album. Along with Caress of Steel, it is regarded to be the weakest installment in Rush's discography.

Carve Away the Tropes: