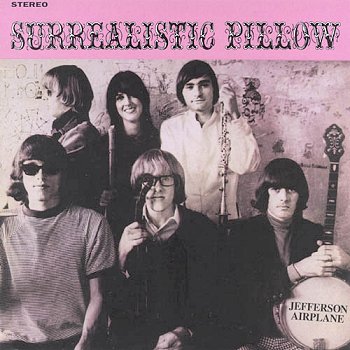 Surrealistic Pillow is the second studio album by Jefferson Airplane, released in 1967. It is generally considered to be their strongest album, most popular and critically acclaimed. It is their first album with vocalist Grace Slick and drummer Spencer Dryden (Nephew of Charlie Chaplin), replacing Signe Toly Anderson and Skip Spence respectively. Spence did write "My Best Friend" for this album, however and he and Anderson appear on "Don't Slip Away", "Come Up The Years" and "Chauffeur Blues" on the UK version of the album. These three songs originally appeared on their previous album Jefferson Airplane Takes Off.

Hits and fan favourites include "Somebody to Love", "My Best Friend", "Embryonic Journey" and "White Rabbit".

The album was listed at #146 in Rolling Stone's 500 Greatest Albums of All Time.