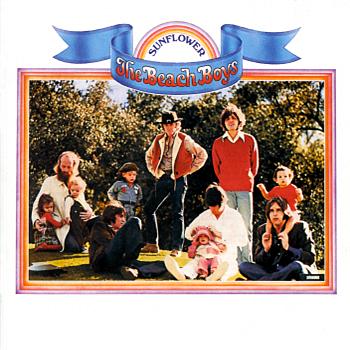 The world could come together as one, if everybody under the sun would add some music to his day....
Advertisement:

Sunflower is the sixteenth studio album by The Beach Boys. Released in 1970, it did relatively well in Europe, but performed disastrously in the US, peaking at #151 on the charts. It has since been Vindicated by History though, and rightfully so; it's generally considered to be one of their strongest albums, and a showcase of the growing songwriting abilities of the individual Beach Boys without major involvement from Brian Wilson. It spawned the hits and fan favorites "Add Some Music to Your Day" and "Forever".

Tracklist: note  The European version adds "Cottonfields" as the first track, and moves "Got to Know the Woman" and "Deirdre" around)

It's only tropes and what you're tropin' for: