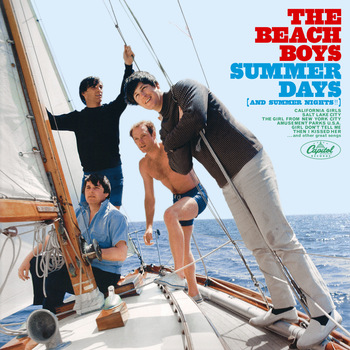 Looks like Al and Bruce missed the boat...
Advertisement:

Summer Days (And Summer Nights!!) is the ninth studio album by The Beach Boys, released in 1965.

It is their first album to feature Bruce Johnston, who joined as band's sixth member while it was being recorded. Johnston joined primarily to replace Glen Campbell as Brian Wilson's substitute for live performances, Brian having quit touring in December 1964.

Along with The Beach Boys Today!, this album is musically seen as the immediate precursor to Pet Sounds, as Brian's song-writing, production and arrangement skills were clearly developing rapidly. Hits and fan favorites include "Girl Don't Tell Me", "Help Me, Rhonda", "California Girls", and "Let Him Run Wild".