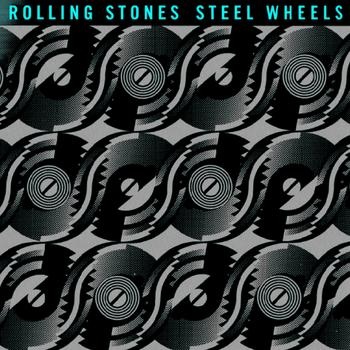 More between rock than a hard place...
Advertisement:

Steel Wheels is the nineteenth studio album (twenty-first American album) by The Rolling Stones, released in 1989. It is their final studio album to feature Bill Wyman, who chose to quit shortly after the live Flashpoint, his departure made final in 1993. After 30 years with the band, Wyman decided he finally had enough. Reasons include his developing fear of flying (despite being a former RAF cadet), his frustration at not being able to have much creative influence (or having any of his songs being used by the band), his interest in exploring other areas, and most importantly his need to get his personal life in order. He would be replaced by Darryl Jones, who remains an unofficial member to this day.

Steel Wheels is generally considered to be the band's comeback album. After the turmoil the Stones spent through much of The '80s, Mick Jagger and Keith Richards finally (albeit temporarily) sorted out their differences early in 1989. Within a matter of weeks had finished writing and began recording the album, at a rate not seen since the mid-60's. Although it marked (yet another) return to their roots, the sound is clearly of it's era, mainly due to the mildly prominent synthesizers and now-dated production.

Upon release, it was greeted with a positive response, and remains one of the more highly rated later Stones albums. Fan favourites include "Mixed Emotions" (Which became their last major hit in the US), "Rock And A Hard Place", "Terrifying", and "Slipping Away".