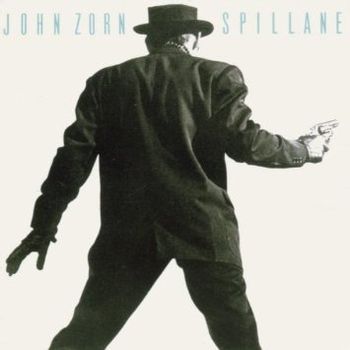 Spillane is a 1987 album by John Zorn, the title track of which is built around the Mike Hammer stories by author Mickey Spillane. The tracks were composed with file-card pieces, where musical ideas written on note cards form the basis for discrete sound blocks arranged by way of a unifying theme. In the liner notes Zorn explains that he let the music be inspired by scenes he read in Spillane's novels and their film adaptations. Spillane is sometimes regarded as a Concept Album, but it isn't one: the second and third tracks have no thematic or conceptual connection with the first one, although stylistically they employ Zorn's technique of frequently shifting from one genre of music to another.