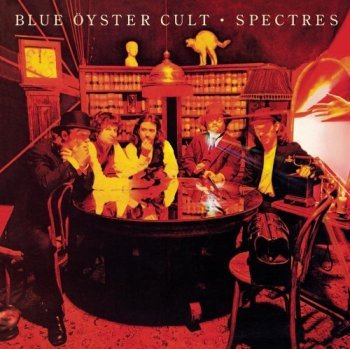 Come on, come on! There's a new tune playing! Are you ready to rock?!
Advertisement:

Spectres is the fifth studio album by Blue Öyster Cult, released in 1977. It's best remembered for the radio hits "Death Valley Nights", "R.U. Ready 2 Rock", "I Love the Night" and, of course, "Godzilla". It was preceded by Agents of Fortune and the next studio LP would be the critically disliked Mirrors. The band would return to favour with the LP after Mirrors - Cultösaurus Erectus.

With some purposeful tropes...