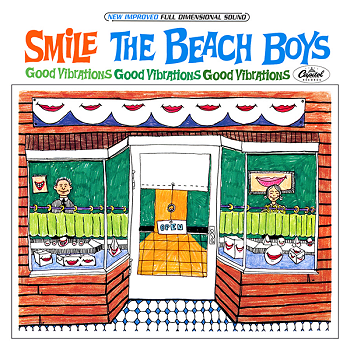 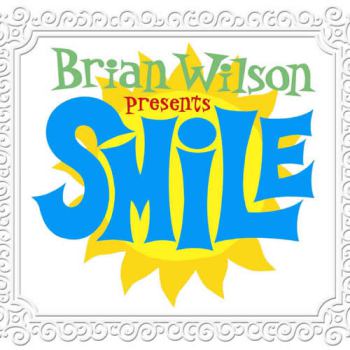 SMiLE is a legendary "lost album" from The Beach Boys. Planned for a 1967 release as the follow-up to Pet Sounds, it was meant to be a Concept Album, conceptualized as either a "teenage symphony to God," a musical journey through Americana, or both. But due to Brian Wilson's gradual Creator Breakdown, which culminated after listening to Sgt. Pepper, he abandoned the project.

In its place, the deliberately sparsely produced Smiley Smile was released, containing reworked songs and ideas from SMiLE; several ensuing Beach Boys albums would also contain such material. Over the following decades, session material was extensively bootlegged, building the album's legend as the "greatest unreleased album of all time". It wasn't until after the Turn of the Millennium that the public finally got not one, but two versions of this lost masterpiece.

Brian Wilson Presents SMiLE is the sixth studio album by Brian Wilson, released in 2004. It is an all-new re-imagining of the original project by Wilson, his touring band, and original lyricist Van Dyke Parks (who finally supplied the words to songs that had only existed for decades as instrumentals). In 2011, this was followed by The SMiLE Sessions, a box set compilation derived from the original 1966–67 recordings. Described by

Wikipedia as "an approximation of what the completed SMiLE album might have sounded like based on the template established in 2004 for Brian Wilson Presents SMiLE", the latter is as close to what the 1967 release would have been as we're ever likely to get.