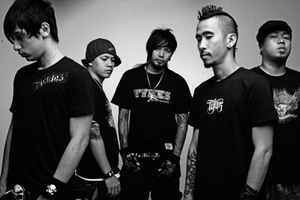 Arguably the most recognizable Heavy Metal band from the Philippines, Slapshock burst onto the scene to deliver the most hard-hitting tunes ever to come out of their country, and to show the world how to do commercial-friendly metal the right way. Formed in 1997 by a group of Filipino college students, they started off playing in clubs to small crowds before being signed to EMI Music. 2 years after forming, they released their debut album 4th Degree Burn. Over two decades and eleven albums later, they continue to record, and over their career, Slapshock had grown into one of the biggest bands in their home country in any genre, winning numerous awards and having three Platinum albums in the Philippines. Unfortunately, they aren't very popular in many countries besides their own, though they do have a bit of a following in the metal community around the world.

Slapshock, while always remaining in metal territory, have gone through quite a few stylistic changes since their formation. They started off as a Rap Metal band, similar to Limp Bizkit or P.O.D., but not a typical one. What made them stand out was that they tended to be quite a bit heavier than most bands who mix rap and metal, and instead of relying on chanting all the time, vocalist Jamir Garcia actually displayed pretty competent rapping skills, delivering his rhymes with the precision and flow of a professional rapper, as evidenced on songs such as "27 Suicide Kings" and "Slap vs. Freak". They became notable enough for their rap-based material that they earned the nickname "The Rap Metal Kings of the Philippines". With their third album Project 11-41, they began to move towards Nu Metal and Alternative Metal, with only a few rapped songs. Their next album Novena completely eliminated rapping in favor of more melodic singing and slightly less screaming. They also started displaying Metalcore influences, and every album they've released since has had elements of the genre. You could best describe their current sound as Alternative Metal.

The band has shared the stage with numerous other metal groups of varying sub-genres, such as Killswitch Engage, Testament, Machine Head, Sepultura, Death Angel, and Lamb of God. With an ever-growing fanbase worldwide in recent years, as well as continuing success in their home country, it doesn't look like Slapshock will be going away anytime soon.

Tropes applying to the band, its music, and members: