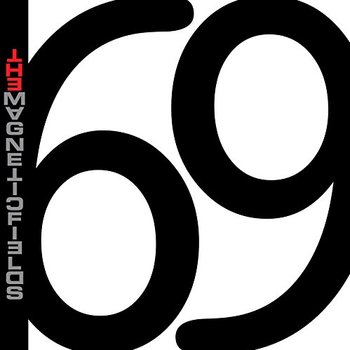 "Give me a week or two to / Go absolutely cuckoo"
Advertisement:

Band leader Stephin Merritt originally conceived the album as musical revue featuring one hundred songs to be performed by four drag queens. Whoever's act the audience liked the most would be paid. However, he quickly realized that the task as he saw it was impossible, so he shortened the number to sixty nine and decided to record the whole thing with his own band.

Despite its monster length and overwhelming number of different musical styles present, it was the album that brought the band into the mainstream for the first time. It received critical acclaim (placing in the top five of most major lists of the best albums of the year) and was a surprise commercial hit. The song "The Book of Love" was Covered Up by Peter Gabriel in 2010 and gave him his first hit in nearly ten years.

Merritt insists that despite the title, the album is not actually about love, but the nature of love songs themselves. Although more than a number of listeners will tell you they work both ways.

Tropes present in this album include: