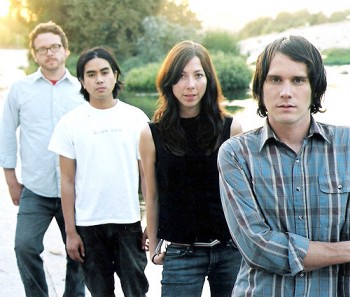 Silversun Pickups are a Los Angeles Shoegaze band who have steadily gained popularity, starting in the 2000s with the release of their debut, Pikul. The current lineup consists of Brian Aubert, Nikki Monninger, Joe Lester, and Chris Guanlao. The band name is derived from a liquor store close to where the band members used to live; whoever's job it was to obtain booze was making the "Silversun Pickup", as it was called. It eventually became the band's name.

Two of their songs, "Lazy Eye" (from Carnavas) and "There's No Secrets This Year" (from Swoon), have appeared in separate Guitar Hero games. "Panic Switch" (also from Swoon) has appeared in Rocksmith. Other relatively well-known songs include "Well Thought Out Twinkles" and "The Royal We".