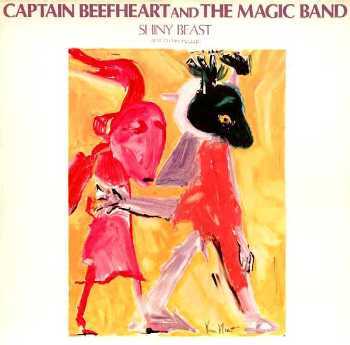 Everything is wrong and at the same time it's right!
Shiny Beast is a 1978 album by Captain Beefheart, the tenth in his catalogue and more or less his comeback album after two failed attempts to go commercial (Unconditionally Guaranteed (1974) and Bluejeans & Moonbeams (1975)). He had a brand new and totally enthusiastic band put together. Their energy and craftmanship really shine through and created fan favorites such as "The Floppy Boot Stomp", "Tropical Hot Dog Night", "When I See Mommy I Feel Like a Mummy", and the powerful "Bat Chain Puller".
Advertisement:

In a case of What Could Have Been the album was originally going to be called Bat Chain Puller, a subtitle still visible on the album cover and the best known track on the album. Frank Zappa would produce it, but a dispute with his manager Herb Cohen, who funded the album with Zappa's royalty checks, caused the project to remain on the Shelf of Album Languishment until its posthumous release in 2012 (before that it was heavily bootlegged, however). Because of these legal problems Beefheart went to another label, Warner Brothers, and re-recorded four tracks and one outtake from this album for Shiny Beast. The original Bat Chain Puller, which contains a substantially different track listing and different performances, was released in 2012.