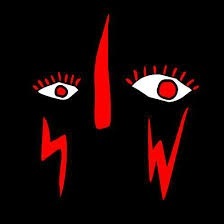 Shining Wizado is a musician from Seattle who specializes in songs about Professional Wrestling.

You can find out more at his Bandcamp