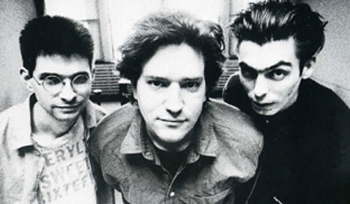 Shellac are a Post-Hardcore and Math Rock band from Chicago, Illinois. They were founded in 1992 by recording engineer Steve Albini and drummer Todd Trainer and were later completed by bassist and fellow recording engineer Bob Weston.

They are by far the longest-running and most stable band of Steve Albini and are notorious for their abrasive sound, dark and edgy lyrics and their antagonistic stage presence. They are noted for their minimalist sound and absurdly well-recorded albums. They cover the middle ground between the previous two Albini-led bands, the aggressive Big Black and the more technical Rapeman.