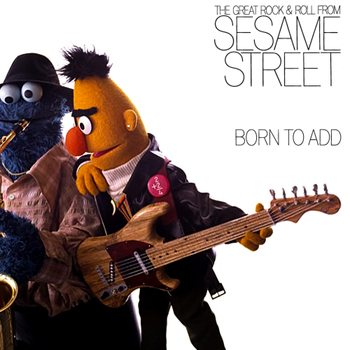 Cause kids like you and me, we were born to add
Advertisement:

Born to Add (known in full as The Great Rock & Roll from Sesame Street: Born to Add) is a collection of Rock and Roll parodies from Sesame Street. The songs were mainly by one-shot characters. Some were even sung by Cookie Monster, Bert, Betty Lou, and Count Von Count. The album was originally released by Peter Pan Records on vinyl and cassette. It was later re-released on Random House Music and later Sony Wonder on cassette and CD.