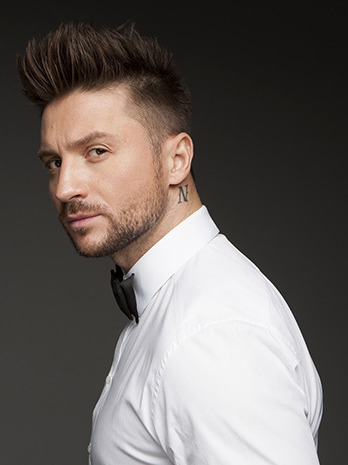 Sergey Vyacheslavovich Lazarev is a Russian singer, actor, and dancer.

Lazarev's musical career began as a member of the pop duo Smash!! with Vlad Topalov, with whom he released three studio albums in the early-mid 2000s. Previously, the two were members of the children's group Neposedi with singers Lena Katina and Yulia Volkova, who later formed the group t.A.T.u.

Prior to the split of Smash!! in 2006, Lazarev released his debut solo album Don't Be Fake, which was a commercial success in Russia and other territories. He's since released a total of six studio albums, as well as a few compilations of greatest hits & dance remixes.

In 2016, Lazarev represented Russia in the Eurovision Song Contest with the song "You Are The Only One," placing third in the final but winning the public televote. He later returned to the competition in 2019.