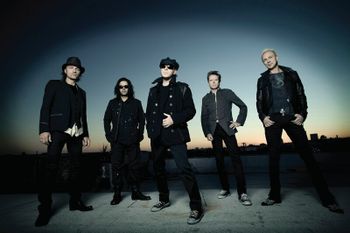 Scorpions is a German rock band formed in 1965 in Hannover by Rudolf Schenker (vocals/guitar), Lothar Heimberg (bass) and Wolfgang Dziony (drums), which only started to actually take shape four years later with Rudolf's younger brother Michael Schenker and Klaus Meine joining on guitar and vocals, respectively. While touring to promote their debut album, Michael, still an 18-year-old young gun, joined British rock band UFO in 1973 (at the start of their classic phase) and was replaced by Uli Jon Roth, who was a mainstay until 1978, when Matthias Jabs took over. While the bassist and drummer positions have changed over the course of four and a half decades, the Meine-Schenker-Jabs trio stayed on... and the rest is history.

With 7 gold records and 11 platinums in the US (15 golds and 9 platinums in their homeland) and 18 songs charting at the Mainstream Rock Tracks (among which "No One Like You" reached #1), Scorpions are one of the most worldwide successful rock bands from mainland Europe - even though they would only have a belated recognition in America.note At least on a mainstream level. Scorpions are an extremely influental band for many American heavy and thrash metal bands, with James Hetfield, Kirk Hammett and Dave Mustaine citing them as an influence.

After the release of Sting in the Tail, the band announced the closure of its activities following its subsequent tour. However, they changed their minds and put out a new studio album in 2015.