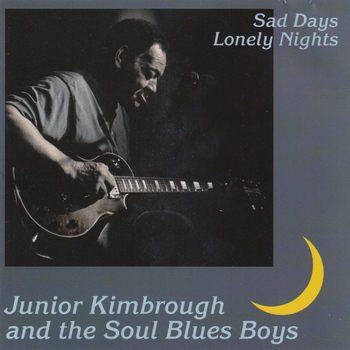 Gimme your hand, girl / I got something to tell you, babe
Told me always take a knee
And it's got me down
I get down on my knees
And I cried, "Lord, have mercy on me"
- "Lord, Have Mercy on Me"

Sad Days, Lonely Nights is the second album released by Mississippi blues musician Junior Kimbrough. Released in 1994, it was live record performed with Kimbrough's backing band, The Soul Blues Boys, in Kimbrough's own juke joint (a kind of club primarily frequented by Afro-Americans in the early 1900s), without an audience.

Noted for it's jam-like quality and melancholic, but mesmerising atmosphere, it would further exemplify his hypnotic, drone-like guitar playing style and his battered vocals. And would gain further attention as a noted release within the Hill country blues

scene during it's popularity spike in the 90s.

Pull Your Tropes Off