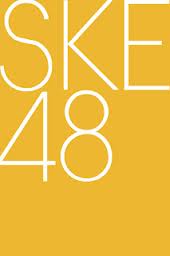 The logo of the group, because like AKB48, getting a picture will be quite hard.
Advertisement:

The sister group of AKB48, and like this one, it has more than 48 members currently split into 3 teams - S, KII and E, as well as a group of trainees.

The group currently performs in its theatre at the Sunshine Sakae in Sakae in Nagoya, Japan, with each team performing stages-set lists of songs.

Please list any tropes related with the girls directly in the character page, because it Needs More Love.