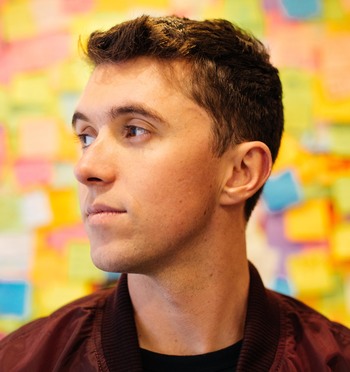 Ryan O'Shaughnessy (born 27 September 1992 in Rush, Ireland) is an Irish singer-songwriter and actor.

O'Shaughnessy is best known for representing Ireland in the Eurovision Song Contest 2018 with the song "Together", which managed to get the country into the finals for the first time since 2013, and ended up 16th there. His participation makes him something of a Eurovision legacy; his uncle Gary previously represented Ireland in 2001.

Prior to Eurovision, O'Shaughnessy made a name for himself as a singer-songwriter on The Voice of Ireland, making it to the live shows before being eliminated. At roughly the same time, he auditioned for Britain's Got Talent and made it through to the live shows, but was disqualified because of his record contract with Universal and then-current standing on The Voice. Upon parting ways with the label, he was allowed back into the competition and finished in fifth place.

Outside of acting, O'Shaughnessy also acted as a child, appearing in a recurring role on the Irish soap drama Fair City for nine years.