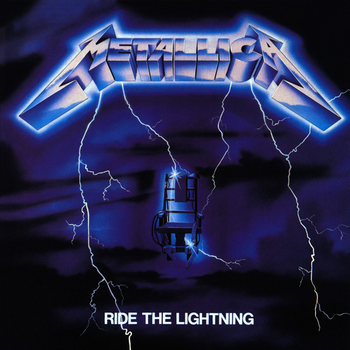 "Die! By my Hand! I creep across the land! Killing first born man!"
Advertisement:

Ride the Lightning is the second studio album by Metallica, released in 1984. It has sold 6 million copies circa 2012.

Fan favourites include "Fight Fire with Fire", the Title Track, "For Whom the Bell Tolls", "Fade to Black" and "Creeping Death".