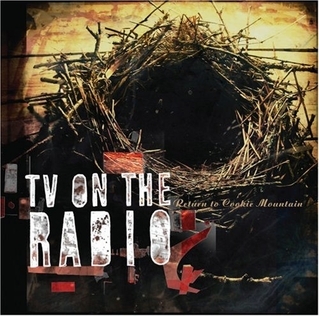 Say, say, my playmate, won't you lay your hands on me?
Advertisement:

Return to Cookie Mountain is the second studio album by the Brooklyn Alternative Indie band TV on the Radio, released in 2006. It is for all intents and purposes their first album as a full band, with multi-instrumentalist Dave Sitek, guitarist/vocalist Kyp Malone and lead vocalist Tunde Adebimpe having their sound fleshed out by drummer Jaleel Bunton and bassist Gerard Smith. The album produced "Wolf Like Me", the band's most successful single to date.

I was a troper, before this war: