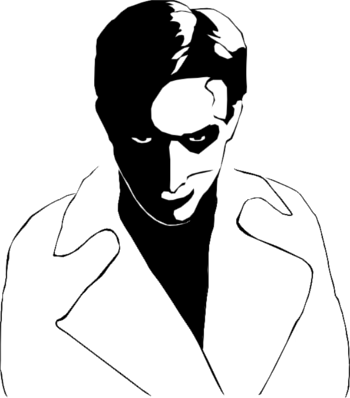 She seems to have mastered the Kubrick Stare.

Regal Pinion (Gwendolyn Ryan Rosengelb) is an American-born Alternative Hip Hop artist. She is a trans woman. She has been releasing music as of 2014, yet has been active since 2010, performing freestyles. Regal Pinion's lyrics consist of extensive wordplay, paradoxes, themes of absurdism, identity, and stories using Villain Protagonists

Tropes Associated With Him:

Tropes Associated With His Work: