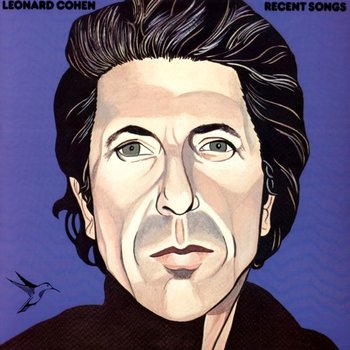 "I've never seen your eyes so wide..."
"I came so far for beauty
I left so much behind
My patience and my family
My masterpiece unsigned"
— "Came So Far for Beauty"
Advertisement:

Recent Songs is the sixth studio album by Leonard Cohen, released in 1979. Working with co-producer Henry Lewy, Cohen returned to his spare, folk-inspired style after the grandiose pop experimentation of his previous album, Death of a Ladies' Man (produced by Phil Spector)—but now drawing on broader stylistic and international influences (including jazz and Middle Eastern music).