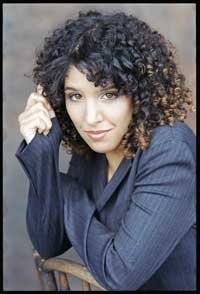 Raya Yarbrough is an American singer and songwriter whose musical style is an eclectic mix of folk and jazz. She has lived and worked in Los Angeles for her entire life, and after successful live performances, released her debut album Raya Yarbrough. She is also known as the main female vocalist for Bear McCreary on Rest Stop and Battlestar Galactica. They married in summer 2010.