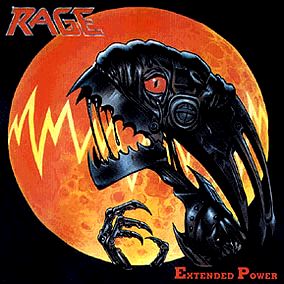 Rage is a Heavy/Speed/Power Metal band from Germany. Initially started out as Avenger in 1983, they released an album and EP under that name before changing it to Rage due to a British band Avenger. They have steadily released studio material and toured and they are very popular in Europe and Japan.

Not to be confused with the Australian music show of the same name, Rage Against the Machine or the video game.