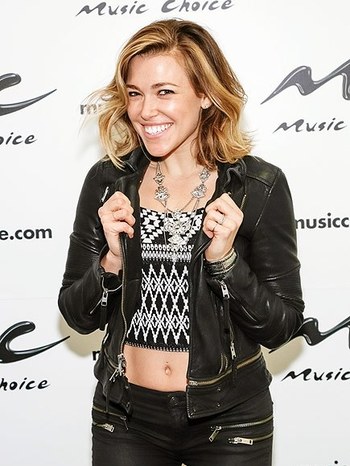 Rachel Ashley Platten (born May 20, 1981) is an American pop singer and songwriter. Platten was born in New York City, but raised in Newton, Massachusetts, right outside of Boston. She was a prodigy from the start, cutting her teeth playing the piano and later joining her college's a Capella group. For the next decade, Platten would make her name through performing at a soca festival in Trinidad and joining a Prince cover band. After two albums that failed to make any impact, her 2016 release Wildfire proved to be her breakout, on the back of her top 10 smash hit "Fight Song". Although she has yet to have another hit reach that level, she has maintained a high profile on the music scene ever since.

Tropes associated with Rachel Platten include: