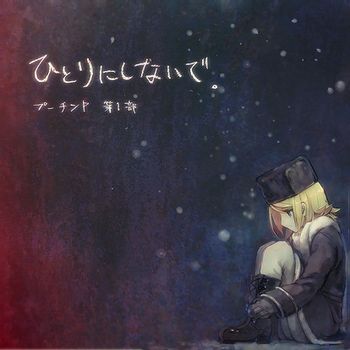 The Putin-P Series is a song series created by the user Numtack05, or "Putin-P," using the VOCALOID program. With the first song uploaded in 2008 and the final song of the series uploaded in 2012, the song grew a sizable fanbase and lengthy articles on the Vocaloid Wiki. It’s arranged into four parts, with three albums released that expand on the series with exclusive songs. The majority of the PV and album illustrations are done by Shiuka.

The story centers around the main characters of the series, Kagamine Rin and her love interest Kagamine Len, two Vocaloid programs attending Junior High in Japan. Unbeknownst to the two at first, Rin and Len are reincarnations of a pair with past lives in Russia. As their old memories are accidentally returned to them, they have to deal with the consequences of this past life carrying on into the new one. Along with them is the Vocaloid Hatsune Miku, an idol who also attends Junior High for being held back, and other more malevolent figures from their past lives.

In part due to poor translations of the songs being the most popular in circulation, the series is known among it’s English fanbase for being extremely confusing and zany, with some songs that seem to have been made on drugs (drugs, used recreationally and for a more heartbreaking purpose, featuring in the story adds to this claim.) It features liberal references to Japanese, Russian, and American pop culture with modern-day politics at its forefront. As an example, Ronald McDonald and Vladimir Putin both feature as prominent characters in the series.

This song series contains examples of: