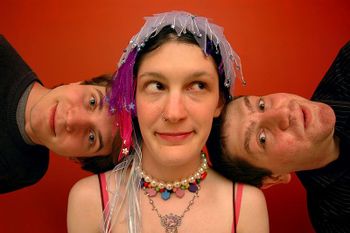 Pretty Balanced was a baroque pop/dark cabaret band from Columbus, Ohio formed in 2004. Its members were Judith Shimer (vocals, piano, cello), Forest Christenson (violin, drums), and Parker Ross (bass). The band briefly changed its name to The Alphabet before breaking up in 2010. Judith continues to make music under the name The Sneaky Mister.