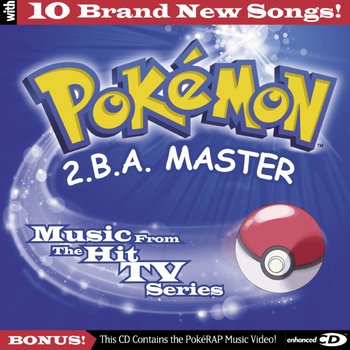 "You'll teach me, and I'll teach you."
Pokémon 2.B.A. Master is a 1999 music album based off the Pokémon: The Original Series. It's the first English soundtrack to the series.
Advertisement:

The album features thirteen songs by 4Kids Entertainment. These songs were featured on the "Pikachu's Jukebox" segment at the end of Kanto episodes. The songs were later reused for the soundtrack of the Jukebox Musical Pokémon Live!, and instrumental versions can be heard in Pokémon Puzzle League.