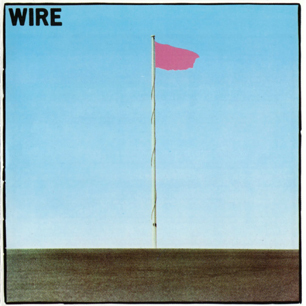 Don't get swept under; a number's a number.
Advertisement:

Pink Flag is the 1977 debut album by Art Punk band Wire. It took the basic ethos of Punk Rock and stripped it down even further: tracks ran as short as 1 minute, or even 30 seconds, the songs were played at blistering speed, songs didn't always "end" so much as "stop", some tracks barely used more than two chords, and the overall composition from the instruments to the vocals was cold and detached.

Often seen as their defining statement, the album was hugely influential to the Post-Punk, Alternative Rock, and Hardcore Punk of The '80s, the single "12 X U" in particular being one of the forerunners of Hardcore Punk.

The band would add electronics and Progressive Rock influences to their sound for their sophomore effort Chairs Missing, thereby becoming Trope Codifiers of Post-Punk, but they would never sound like Pink Flag ever again.

Stay glued to your TV tropes!