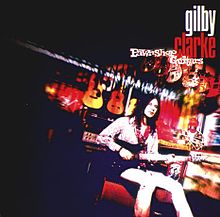 "My best trope's a pawnshop guitar":