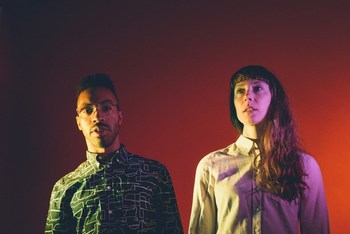 Left to right: D, A
Advertisement:

patten are an experimental electronic duo signed to Warp Records. Its members are only known as "D" and "A". They have released three albums and five EPs over the course of eleven years:

Originally, patten was a singular project, with D at the helm. However, after meeting A (who participated in the music video for "Winter strobing") in 2014, patten became a duo, and first performed as a duo at the Warp25 concert, alongside Warp veterans Autechre.