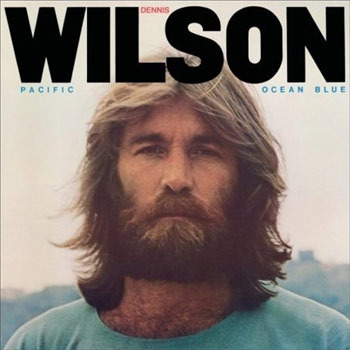 Pacific Ocean Blue is the debut and only studio album by Dennis Wilson, released in 1977. This album is notable for outselling the most recent albums by The Beach Boys, and is generally seen as Dennis's overall best. Despite that, the album was seen with indifference (though perhaps this was due to envy) by his band-mates (with the exceptions of brother Carl, who played and sang on every track on the album and Bruce Johnston who did backing vocals on every track and helped with the arrangement of the final track on the album), and was even banned from doing a solo tour to support the album under threat of being kicked out of The Beach Boys, which devastated Dennis. It's also somewhat of an One-Hit Wonder, because despite its enormous success he never made another album. He attempted a follow-up with Bambu, but his alcoholism, drug abuse, and complete lack of self-confidence slowed matters down and in December 1983 he unexpectedly died from drowning. The album was barely finished, but two songs from it - "Love Surrounds Me" and "Baby Blue" - ended up appearing on The Beach Boys' L.A. Light Album in 1979.

Unfortunately though, "Pacific Ocean Blue" went out of print not long after release, and for decades was nearly impossible to find. In the last decade or so however, Dennis Wilson's work with The Beach Boys as well as his solo work got re-discovered and was finally getting the acclaim he deserved - only he didn't live to see it. This ultimately led to this album (finally) being reissued in 2008, with the deluxe edition containing tracks intended for Bambu. "Pacific Ocean Blue" now appears quite often on Greatest Albums lists, and is generally referred to as a lost classic, not unlike SMiLE by Dennis's older brother Brian Wilson.