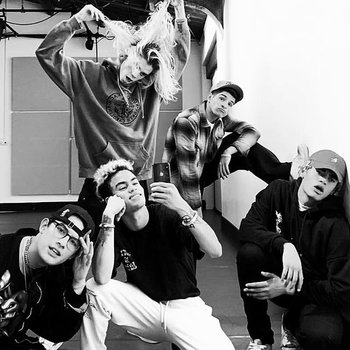 the boys of PRETTYMUCH
PRETTYMUCH, is an American-Canadian pop boy band based in Los Angeles, California. The group consists of Brandon Arreaga, Edwin Honoret, Austin Porter, Nick Mara and Zion Kuwonu. The boy band was formed by Simon Cowell in 2016.
Advertisement:

In 2017, they released their first single "Would You Mind", which made the Billboard Mainstream Top 40 charts. They received an iHeartRadio award nomination and a VMA nomination. Two of their singles have also reached the UK top 100 charts ("Would You Mind" and "No More").