Music / Out of the Blue 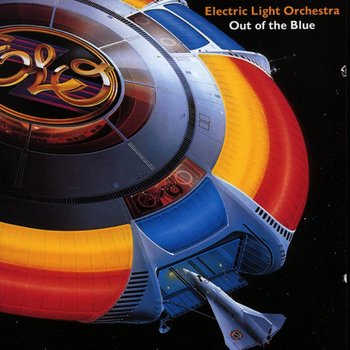 "Sun is shining in the sky, there ain't a cloud in sight!"
Morning! Today's forecast calls for blue skies!
Advertisement:

Out of the Blue is the seventh studio album by the Electric Light Orchestra, released on 3 October 1977. It was released as a double-album, with side three being designated as the "Concerto for a Rainy Day" based upon the weather experienced while recording in Munich. The album is the most commercially successful of the band's output, with "Turn to Stone", "Sweet Talkin' Woman" and "Mr. Blue Sky" as the biggest singles within. "Mr. Blue Sky" remains a fan favorite to this day.

Side Three ("Concerto for a Rainy Day")

Slow down, Sweet Tropin' Woman! You got me runnin', you got me searchin':

Please turn me over!